Okay. Before we begin, you should know that these blondies are the result of scattered thinking and a kind of "pick your own adventure" baking idea. The trouble is: everything I thought of sounded delicious! 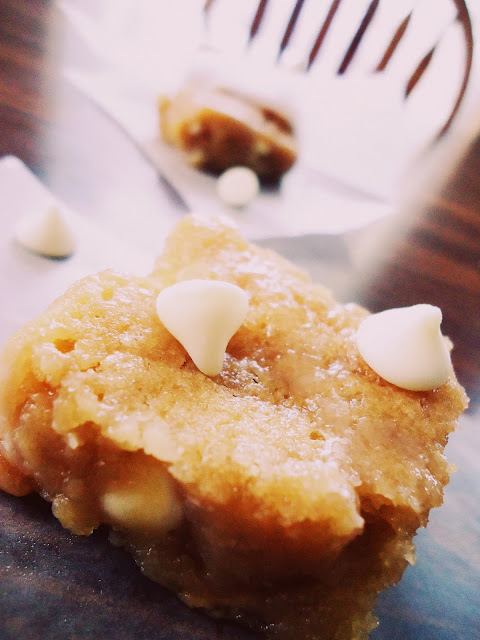 I knew I wanted blondies, definitely, so I started searching for recipes. Then I thought, "Oooh, white chocolate would be PERFECT in these!" Of course, THAT thought reminded me of a Snickerdoodle White Chocolate Blondie recipe I saw on Sally's Baking Addiction, which sounded too good to be true...and then I remembered that I still had half a lemon left from garnishing the Lemon Cupcakes I made earlier this week. I love lemon in desserts! How much more so in these blondies?! 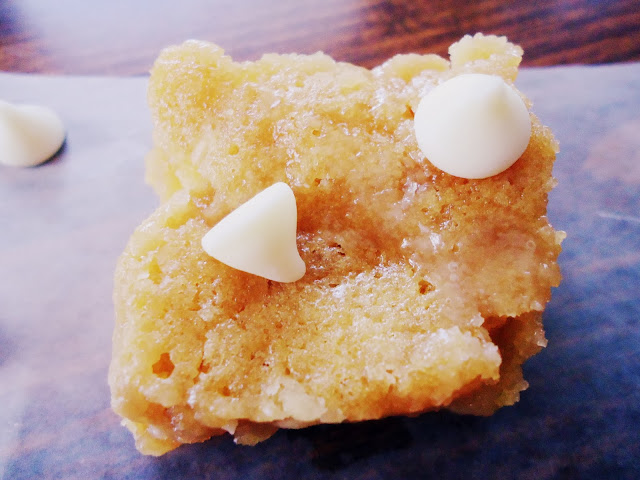 So then, I thought, "Is it possible?! Could I do a hybrid of the three? White Chocolate Chip Lemon Snickerdoodle Blondies? Aside from being the longest dessert title in existence, they could be the next superfood, up there next to quinoa and those weird Chia seeds! Yes! That's the spirit!" 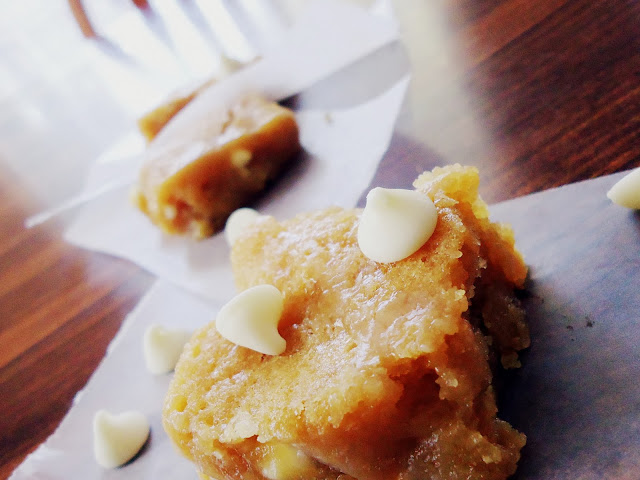 But...then I got a toothache and headache thinking of the sugary sweet overload that such a combination promised to deliver, and I'm pretty sure my cholesterol shot up in the meantime, so I dialed it back a bit. The verdict: no snickerdoodles today...I'll save those for another time. Recipe adapted from HERE, without further ado:

In a small bowl, combine the salt, flour, and baking powder. Set aside.
In a medium bowl, beat the butter until light. Add the sugar and beat until fluffy. Add the egg, vanilla, lemon juice, and lemon zest and beat until well combined.

Fold in the flour mixture until no streaks of flour remain. Add the white chocolate chips and stir until evenly dispersed. Scrape the batter into an 8 x 8 pan and bake until golden brown--about 23-28 or until a toothpick inserted into the center comes out clean. If you can, allow the blondies to cool completely before slicing (about an hour). 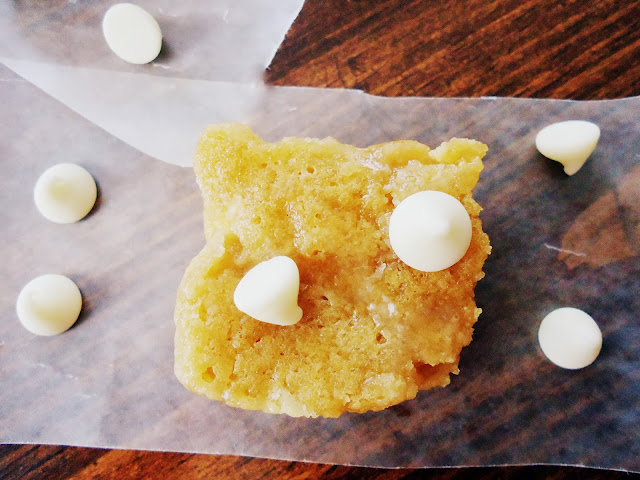