Lately, I've been craving sweet, spicy cinnamon, especially in baked goods--it just makes everything taste so warm, homey, and comforting! I've been hunting for a cinnamon cupcake or muffin recipe, but nothing has been just right until TODAY...the name of the recipe is "Simply Sinful Cinnamon Muffins." Mmm. 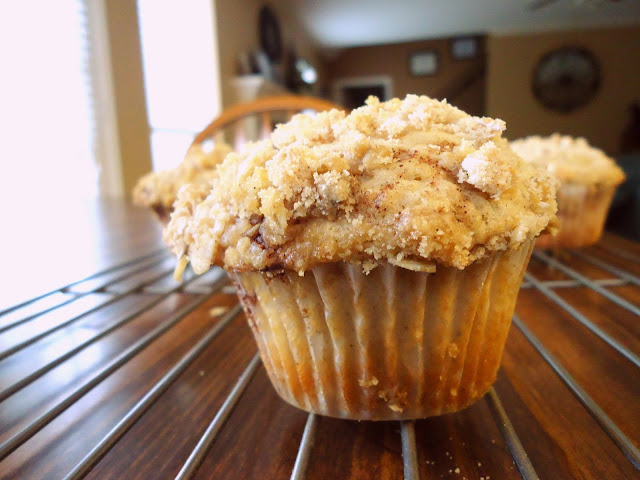 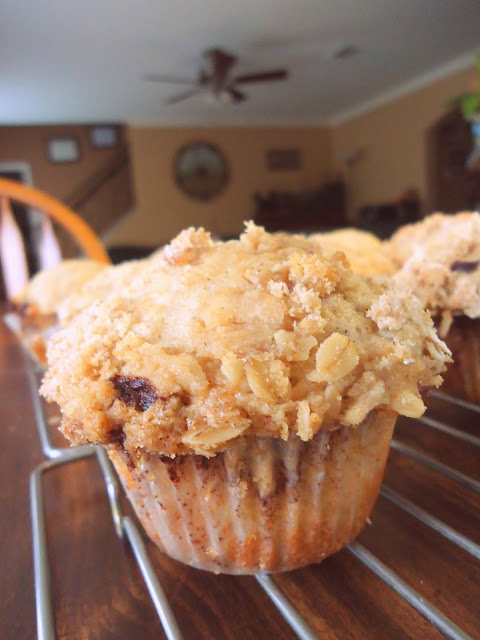 There are a few components to the recipe from Barbara Bakes, so make sure to read this in its entirety before beginning : )

Directions:
Preheat oven to 400. Line a 12-cup muffin pan with cupcake liners, or grease it lightly.

To make the batter: In a large bowl, whisk together the melted butter, milk, and eggs. In a separate bowl, whisk together the dry ingredients, including the chips. Add the dry mixture to the liquid, stirring just until combined.  Divide half the batter evenly among the muffin cups. Dollop 2 teaspoons cinnamon filling onto each muffin, then top with the remaining batter. Sprinkle with topping, pressing it in lightly.

Bake the muffins for 20 to 25 minutes, or until they're golden brown. Remove them from the oven, and wait 5 minutes before transferring them from the pan to a rack to cool. 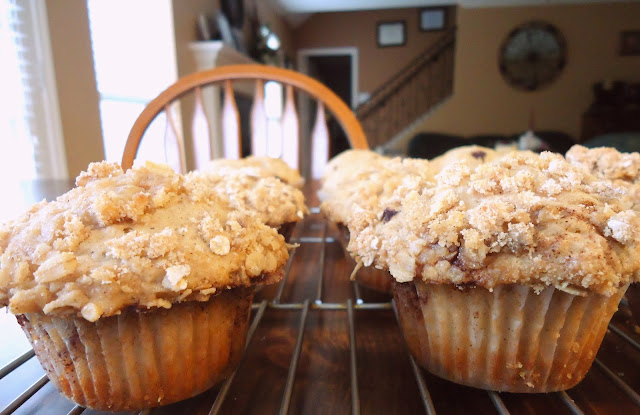