So if you'll remember, earlier in the year, I had the great good fortune to stumble upon a cookbook about Mac and Cheese. I stalked the book for a while, hoping that the price would drop, because I WANTED the book. I didn't need it--but man, I really wanted it. 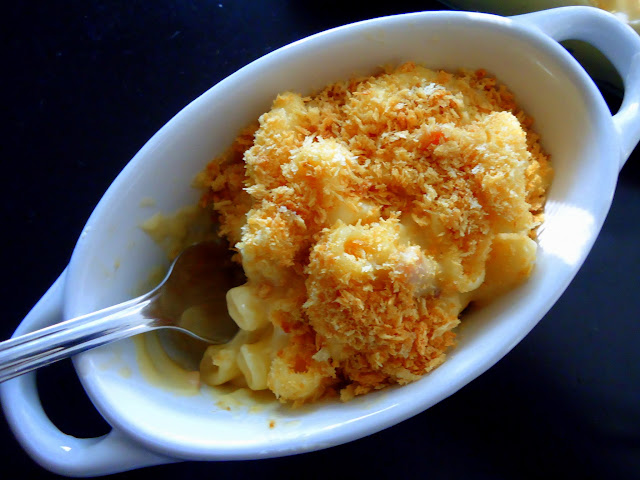 One day, I was in the store checking out and it had dropped to less than $5.00! "My moment has come!!" I excitedly thought as I yanked it off the shelf and threw it in with the rest of my stuff. I carried the book home and read it cover to cover...and then it sat there for the next eight months. *Sigh* My life.
So last month, I decided, "Enough is enough! Time for some MAC AND CHEESE!" I had already bought the noodles and the cheese was sitting in my refrigerator at the ready...so...here we are. I had never made mac and cheese from scratch before, though I'd seen lots of tasty-looking recipes, so I figured I'd just give it a shot. "What's the worst that could happen?" I mused. 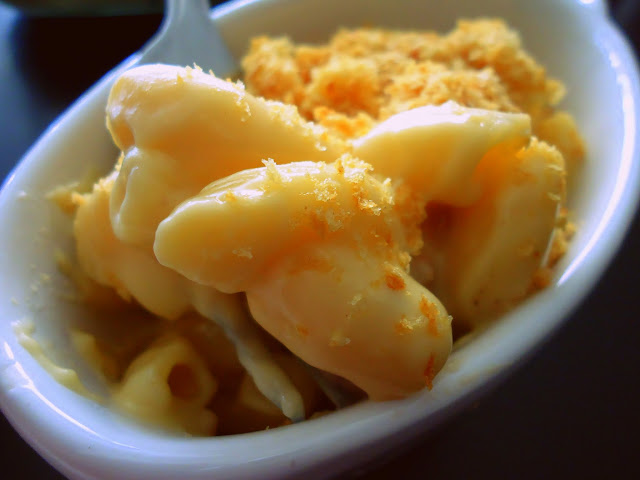 Anyway, here's the deal: the recipe is straightforwad, and the book gives very specific instructions, particularly with how to assemble what they call the "Mac Sauce"--which is really a "bechamel"-- a thick sauce made from butter, milk, and flour. I consulted the book every two minutes until the sauce looked the way it said it should, and was thrilled to death when my mac came out looking so beautiful!

I used Jack, Mild Cheddar, and Monterrey Jack cheeses; I wish I had used a sharper cheddar for a cheesier taste. Otherwise, it was delicious! I also added some sauteed crimini mushrooms and crispy bacon and topped it with toasted Panko breadcrumbs. I'd love to do this again and make better cheese choices next time, but overall, I give myself an A+ for this effort! 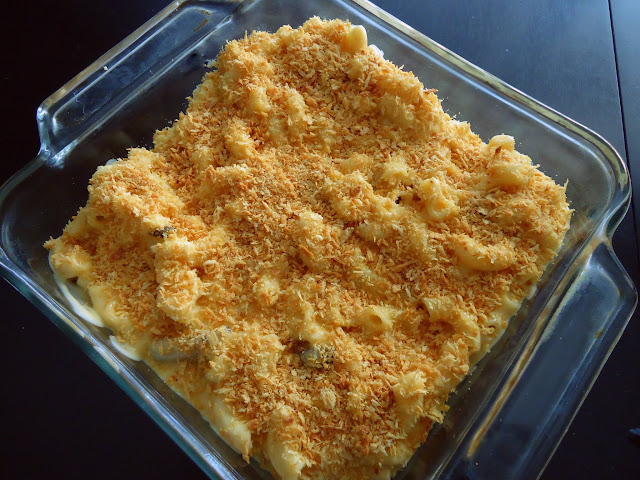 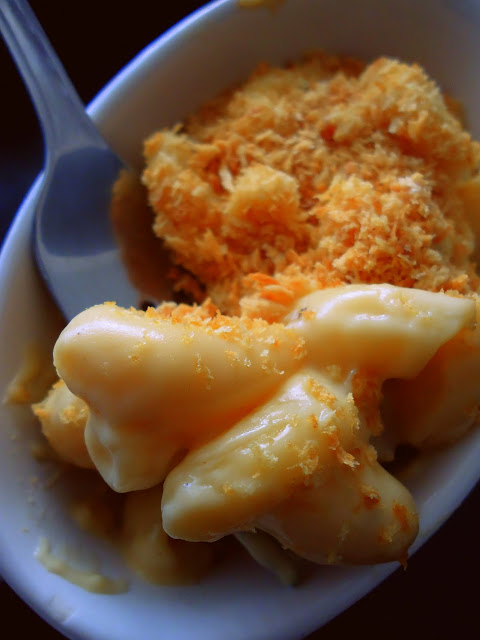 Directions:
Cook macaroni according to the package directions. Drain.

In a heavy-bottomed saucepan, melt butter or margarine over medium heat. Stir in enough flour to make a roux (the flour and butter mixture should turn a light, fragrant brown). Add milk to roux slowly, stirring constantly. (Seriously. Stir it constantly!) The sauce will be ready when it coats the back of a spoon. It shouldn't be thin and runny like milk.

Stir in cheeses, and cook over low heat until cheese is melted and the sauce is a little thick. Put macaroni in large casserole dish, and pour sauce over macaroni. Stir well.

Add breadcrumbs. Spread over the macaroni and cheese to cover. If you want to bake this in the oven to crisp everything up, bake at 350 for 15-20 minutes. 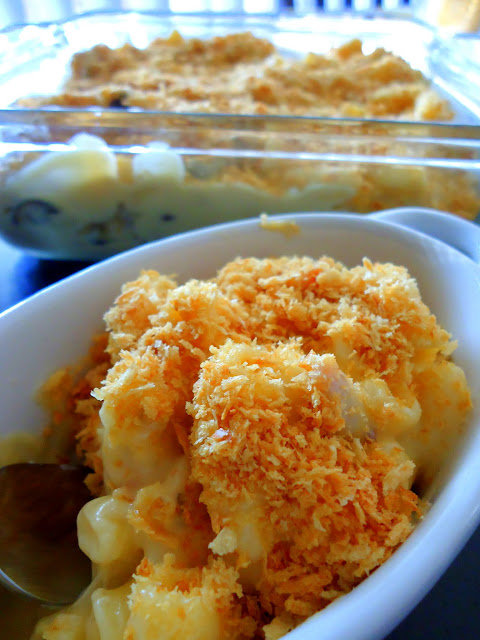