One Year Ago Today...

On this day last year, my life changed forever. It's completely surreal to revisit the events of Thursday, September 5, 2013, especially when I consider how quickly time passes, and also when I measure and marvel at the faithfulness of God in my life. 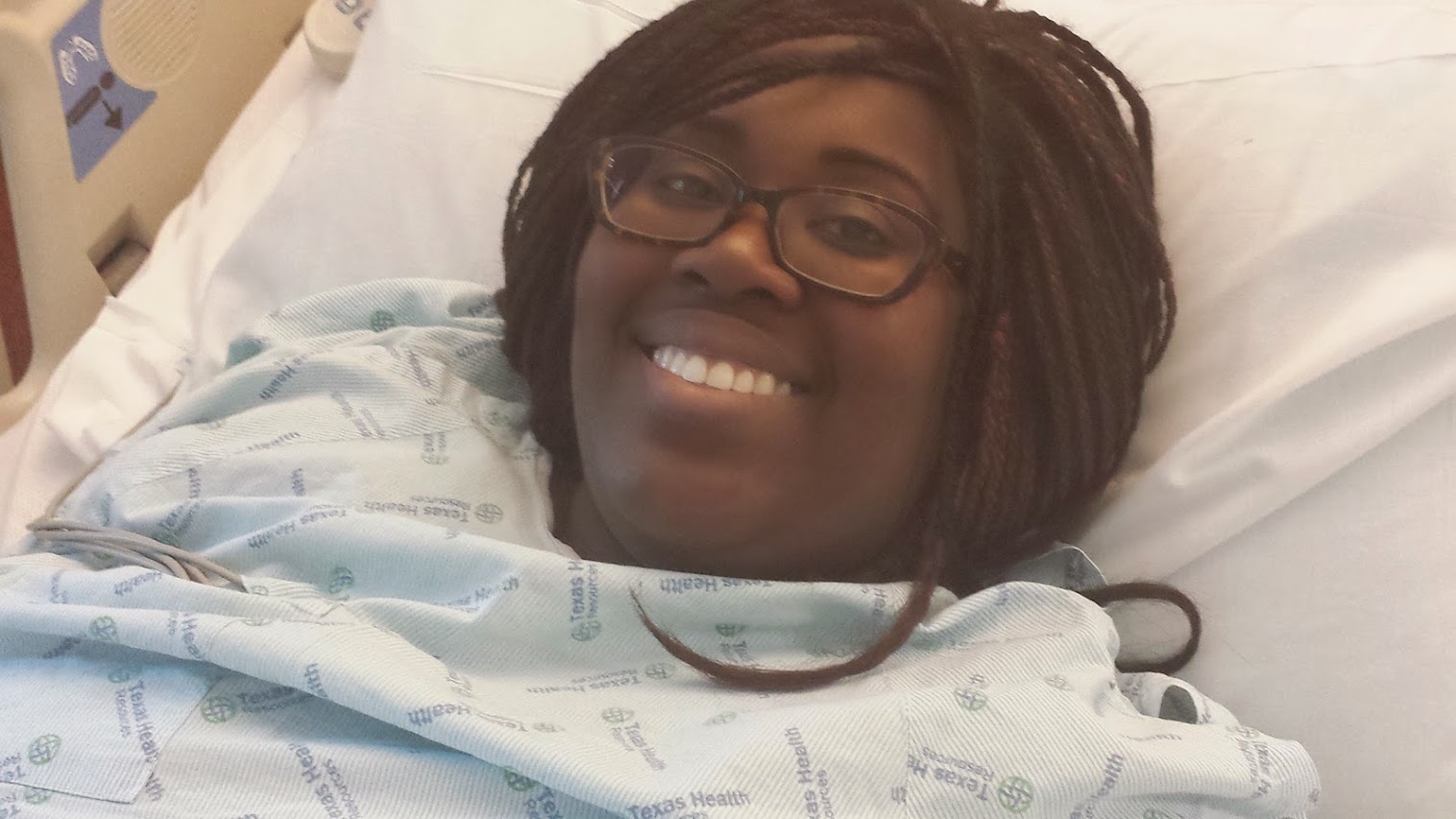 If you had told me that I would begin the day at work, (like normal) and end the day in the Intensive Care Unit (arguably not normal), I probably would have rolled my eyes or laughed in your face...if I'd had the energy. You see, I have diabetes...and on this day last year, I found out (in very dramatic fashion).

I woke up feeling weak, shaky, and so tired that I could have cried. It took every single ounce of my energy to shower and get dressed. In fact, I had to rest in between every article of clothing I put on: I pulled on my skirt, then had to sit down. I put on my shirt, then had to take a break (not normal). I had yogurt and strawberries for breakfast, but I didn't have enough strength to slice the strawberries, so my roommate had to do it for me. Seriously.

"Are you okay?" I heard that question a LOT that morning...and my response was always the same, "I'm not feeling too great..." (<--EXTREME UNDERSTATEMENT). I told my roommate that I planned to go to the doctor on Friday, so that if I WAS very sick, I wouldn't have to miss any more work than absolutely necessary. She told me to hang in there and worriedly sent me on my way. (She's with me in the photo below). 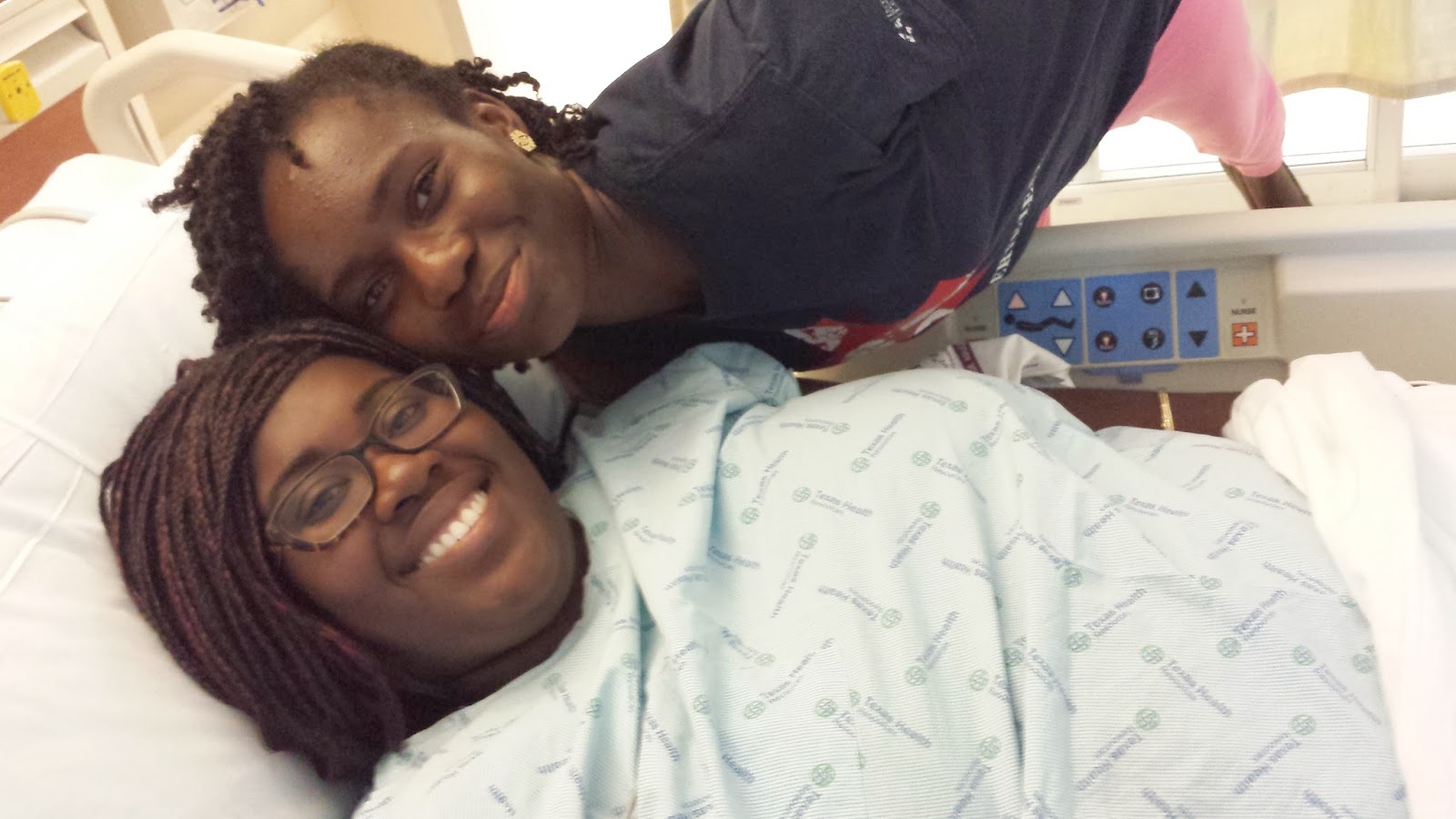 I drove to work and carefully got out of my car to walk to the office. I can't describe what was happening--but I remember walking extremely slowly, almost as if I needed to make sure I could put one foot in front of the other--I was just concentrating on making it inside the building...then I could rest.

Everyone immediately knew something was wrong, and kept urging me to go to the doctor if I wasn't feeling well. I numbly nodded my head and came into my office. I was freezing (in September. In Texas. Not. Normal!) so I borrowed a blanket from a coworker's office and wrapped it around myself, and laid my head on my desk because I didn't have the energy to do anything else.

At the insistence of concerned coworkers, I did call the doctor for an appointment, and she had an opening at 11, so I scheduled the appointment and left the office at 10:30. My supervisor walked me to my car to ensure I made it.

I arrived at the doctor's office and the first thing she said was, "What's the matter with YOU??!" She brought me into the office, weighed me, and began asking about my symptoms. I listed them off: "I'm completely exhausted. I'm peeing all the time. I'm thirsty CONSTANTLY. My mouth is dry..." She interrupted, "And you've lost weight! Nearly 28 pounds since the last time I saw you!" (Nice, ha, but not normal).

She'd heard enough, and concluded, "This sounds like diabetes. Let me check your blood sugar." So she did. "Wait... that can't be right. Let me do it again." She looked at the numbers, looked straight in my face, and said, "There's nothing more I can do for you here. You're going to the emergency room."

I asked her what the results were and she said that my blood sugar was first 600, then 601 (for context, normal blood glucose levels should be between 80 and 100. Mine was NOT NORMAL!!) I asked her if I could drive myself to the hospital, and she gave me a resounding "NO! Call somebody."

I didn't have the energy to disagree, so I called my dad and she spoke to him while I curled up on the exam table, freezing, tired, thirsty, and really, really out of it. "I have to pee...can I go?" She told me to wait until I got to the hospital, because they would probably want a sample.

My dad picked me up...and the rest of the day was crazy. We got to the hospital and I was too weak to complete the paperwork, so he had to do it for me. I almost didn't make it to the bathroom to give them a urine sample...and about ten minutes later, I was in the ER, with an IV in my arm. I literally could not speak because I was so dehydrated that my tongue was sticking to my lips, gums, and the roof of my mouth. Terrifying.

They tested my blood sugar again: 746. (SO. NOT. NORMAL. In fact, at these levels, people can enter a diabetic coma or even die!) The nurse matter-of-factly said, "You know you're spending the night here in the hospital, right? You'll probably be admitted." I would have protested, but I was barely coherent. So cold. So tired. So thirsty...and in the hospital for the first time in my LIFE!

My mom came to sit with me in the emergency room because my dad had to leave--he had a class to teach. I was admitted to ICU around 4:30 that afternoon...and the next four days were a frenzied affair filled with woefully unstylish hospital gowns and fuzzy socks, cords, wires, sensors, beeping IVs, needles, thermometers, kind nurses, and expensive doctors using words and terms that I couldn't understand. I slept when I could, but because I was in such critical condition, they had to watch me and wake me around the clock. My blood sugar was too high for them to allow me to eat, so I didn't eat for almost two days, until things began to stabilize. Nurses would come in to draw blood for tests at 3:00 am. I had to page a nurse to unhook me every time I needed to leave the bed. Some nights, I could hear other patients the rooms around me...they were dying. I heard their pain, anguish...I heard them cry out to God to put them out of their misery. And, in a sudden moment of clarity, I realized, "I'm here too. I'm here with these people...and they are DYING." I've not had a more sobering moment since that day.

I responded quickly to the treatment, and after a few days I was finally well enough that the doctors and nurses didn't have to be in my room every 15-30 minutes. I was on a very limited diet (I started on a liquid diet...it was the happiest day of my life. I've never been so thrilled to see sugar-free jello-- and I don't even EAT jello!) 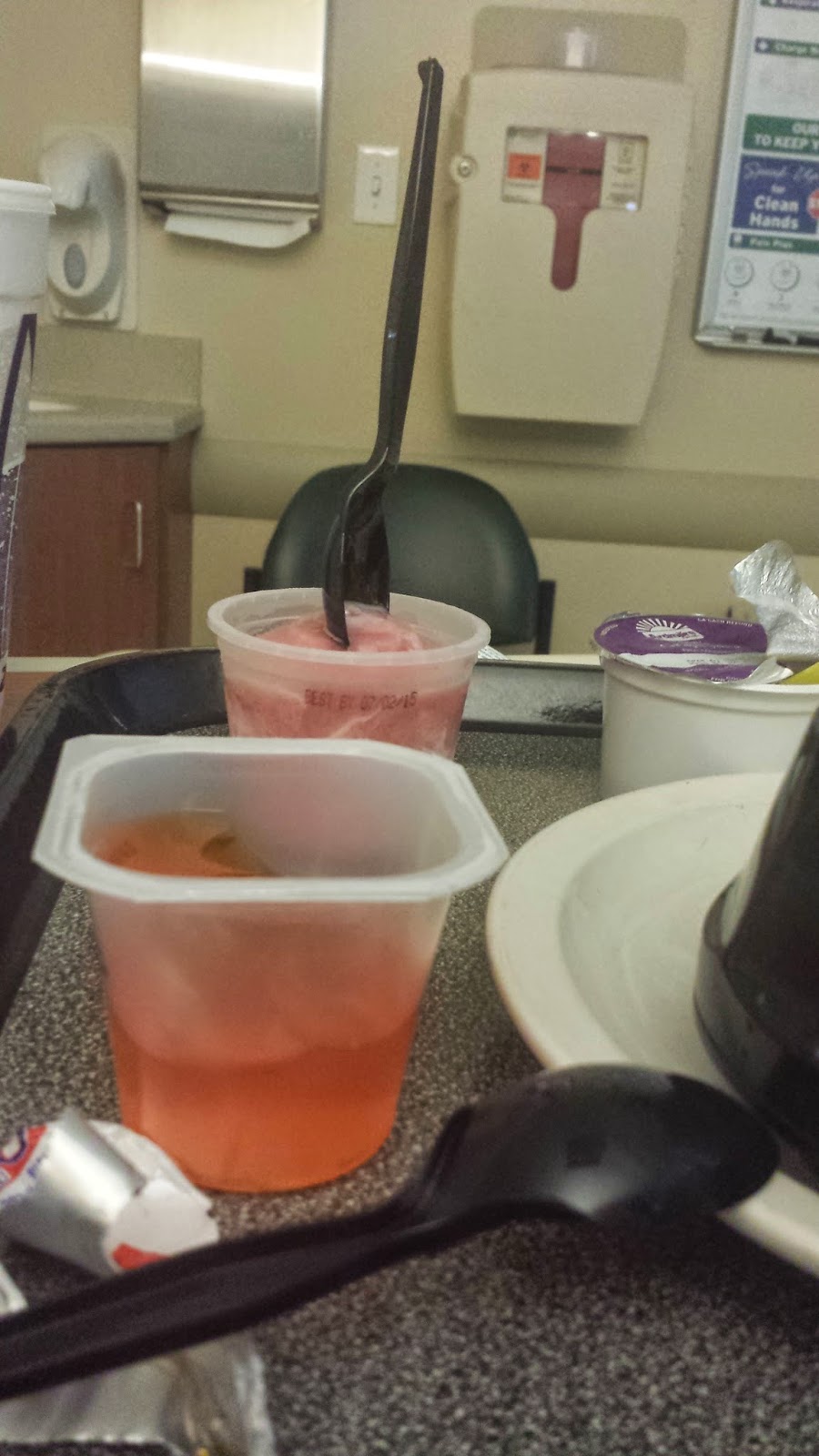 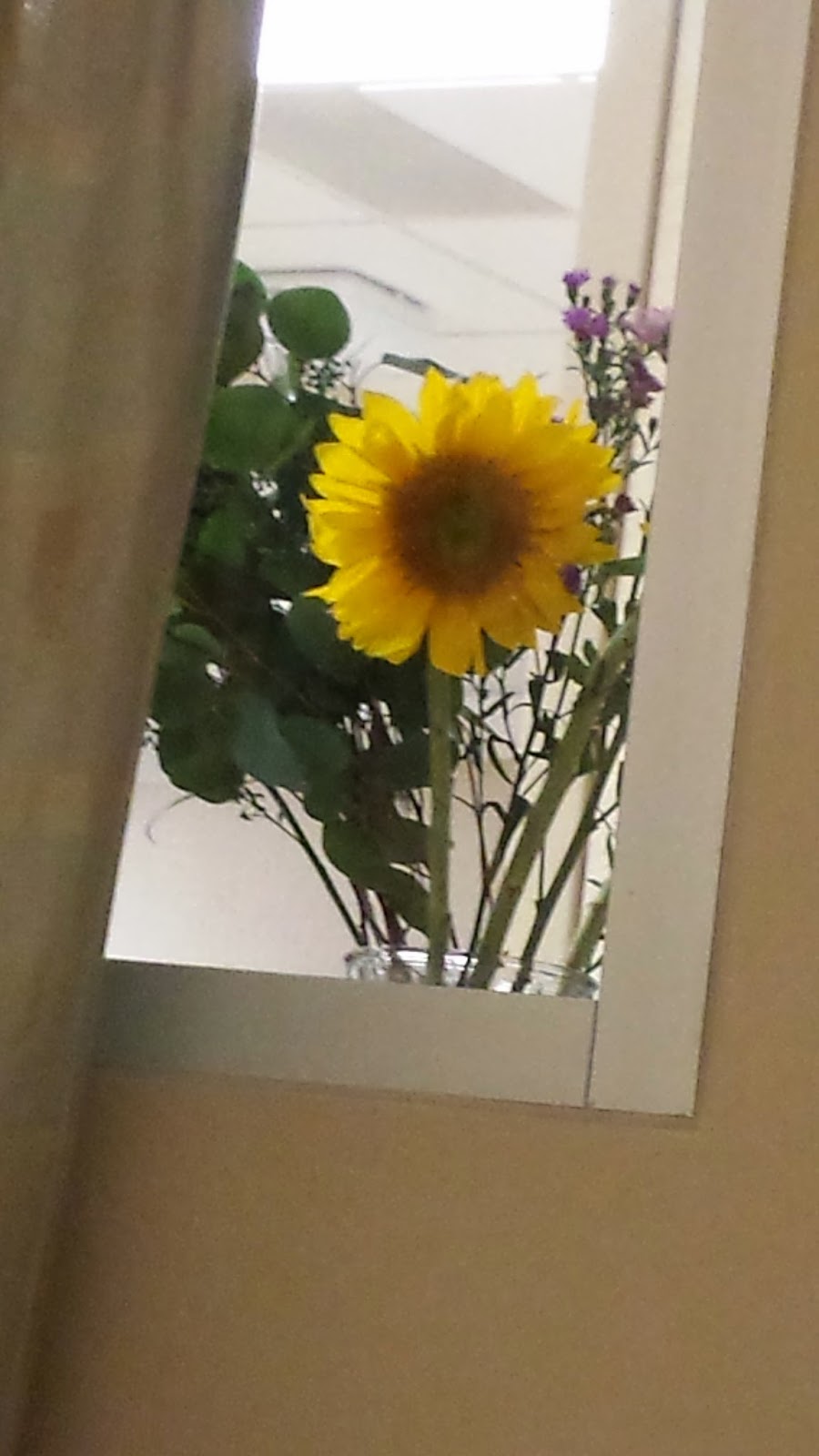 Later that Sunday night, they determined that I was well enough to move to a regular room. I was hydrated, I was lucid, I was mobile, I was eating...I was like a new woman! In my new room, I wasn't connected to any wires. I didn't have to  page ANYONE to disconnect me from ANYTHING for ANY reason. I took a shower that night; my first since entering the hospital. It was the best shower I've ever had. 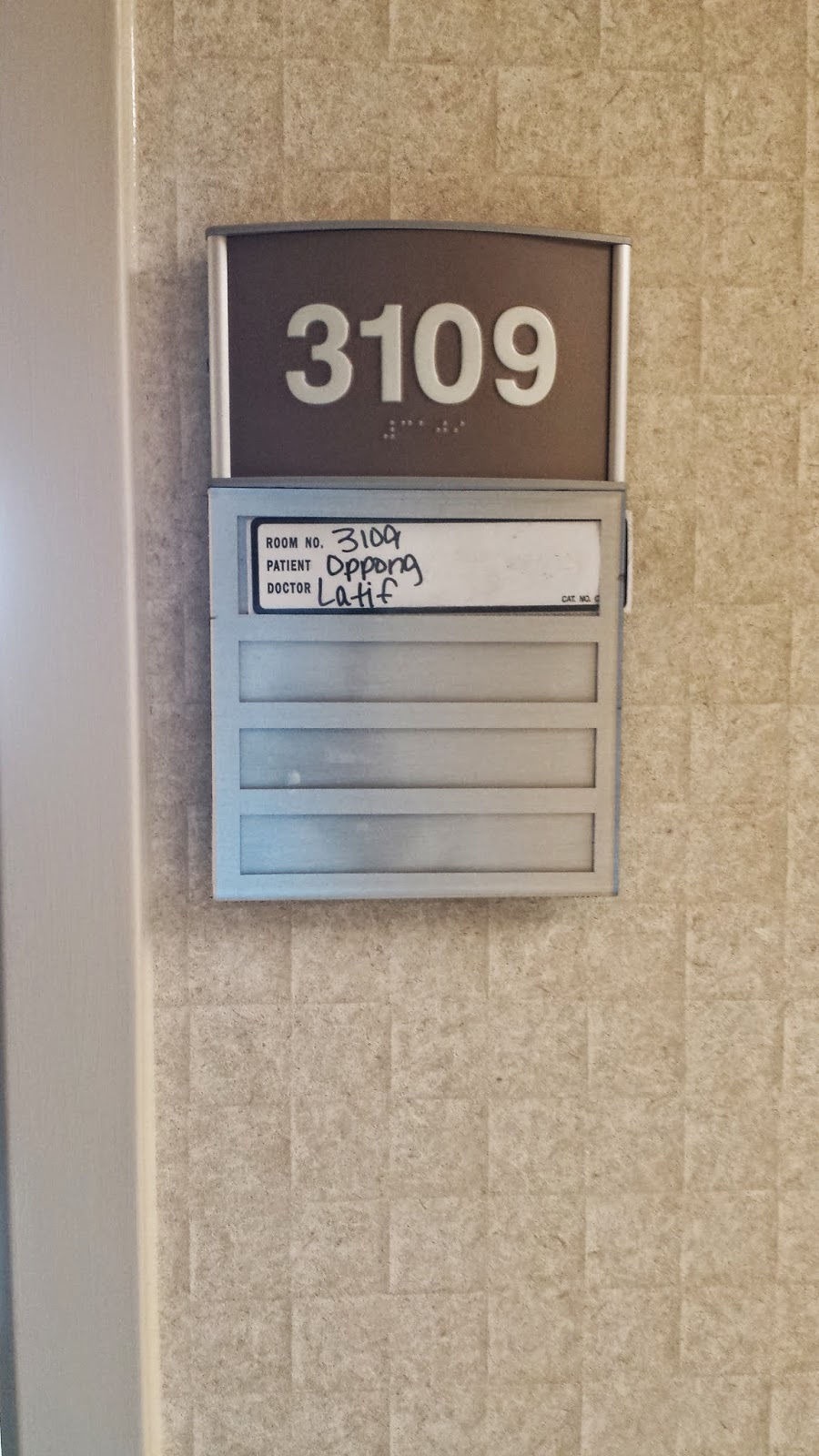 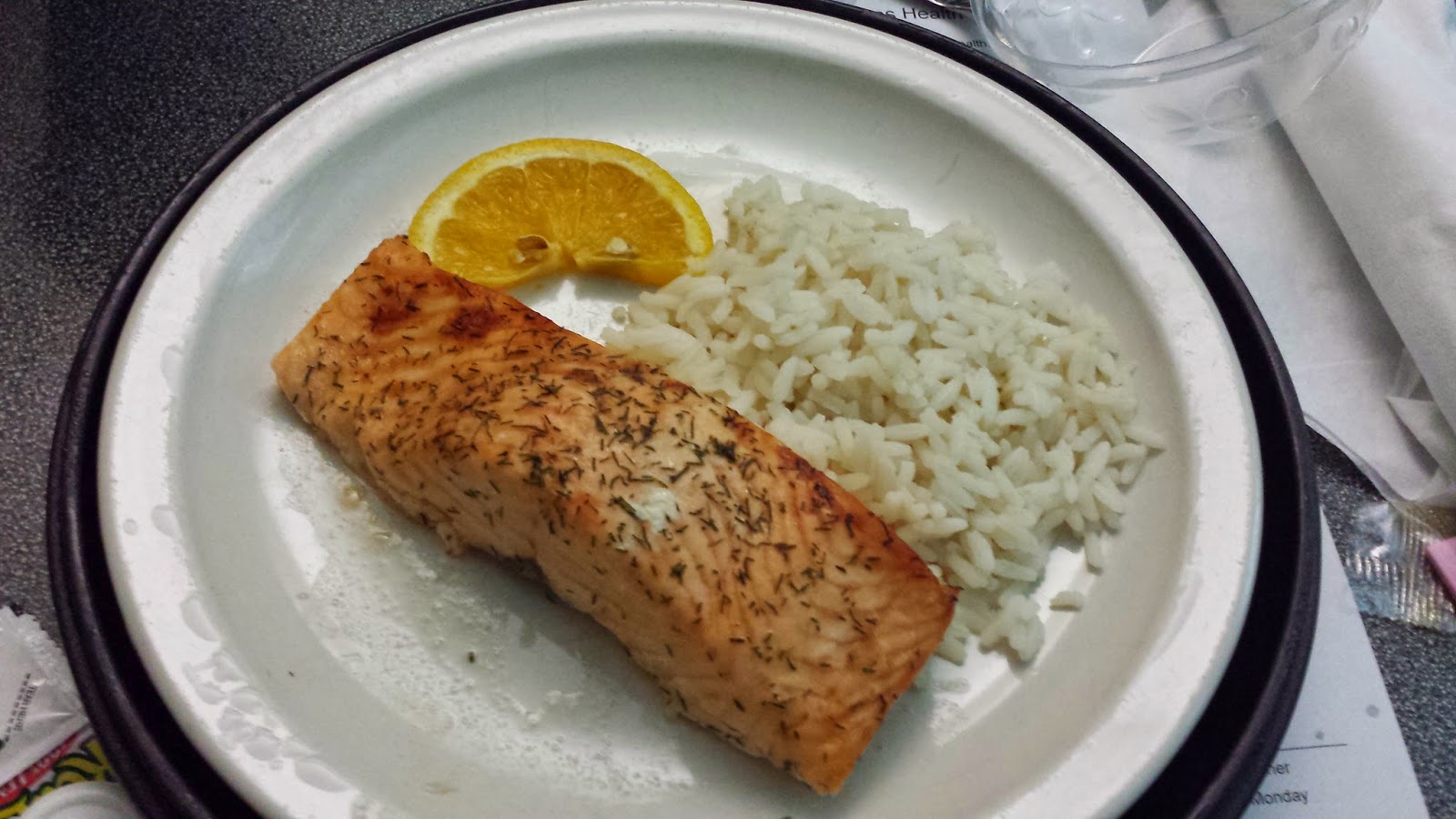 I was discharged late on Monday night, September 9...scared. to. death. I experienced some weird side effects after I got out: I had a rash all over my face, I had gained weight rapidly in the hospital, and suddenly, I was having problems with circulation in my legs. Also, I couldn't see. Everything was wavy and blurry and awful. There were some good side effects too, though: I was able to make it through the night without having to get up and pee seven to eight (or more) times! I wasn't nearly as thirsty, and I was staying hydrated.

There were some immediate changes and adjustments to my new life, namely in the way of medication: I had to inject two different kinds of insulin, and I also had a blood pressure medication and a cholesterol medication (pretty rough stuff for a girl who had, until that time, really taken little more than Advil for a headache). Also, I had to check my blood sugar seven times a day, meaning there were needles--and there was blood...and it was all very, very overwhelming.

I didn't know what to eat, which I talked about here. EVERYTHING seemed like a death trap. It was really sad for me, especially given how much you KNOW I love food. I was tired. I was terrified. I was sad. But I also realized something that surpassed everything else in its importance: I had received a second chance at life that some people NEVER experience. Sure, I had to reconcile myself with the reality that I will always be diabetic--but the good news is, if I continue to make good choices, I won't be dependent on medicine forever!

Every doctor, nurse, and specialist that I talked to said the same thing to me: "You are SO YOUNG. You are SO SMART! You can beat this! You are a great patient; you have a great attitude, and you have time to change your habits so that you can live a full life. Go do it." So I did.

I hope to never, ever forget that time in my life and how it has shaped me. September 5, 2013 could have been the last day of my life... and here I am, exactly one year later, alive and well. I can only praise God for his faithfulness and for aligning the people, events, and things in my life to bring me to this point. He is so good to me--and I am so, so thankful to be alive.

If you made it to the end of this post, thank you for sticking with me! I appreciate you! Feel free to comment or ask any questions you might have.
Posted by edo0012 at 11:43 AM