So...Texas is sunny one moment; then raging with snow and thundersleet the next! Personally, I don't mind all that much, because what it means for ME is: quality time in the kitchen. Work was supposed to open at noon today, but they gave us the whole day off due to poor driving conditions! So I've spent the day in my sweats, eating delicious leftovers from earlier meals this week, and baking and photographing today's recipe for these Cinnamon Roll Cupcakes! : ) 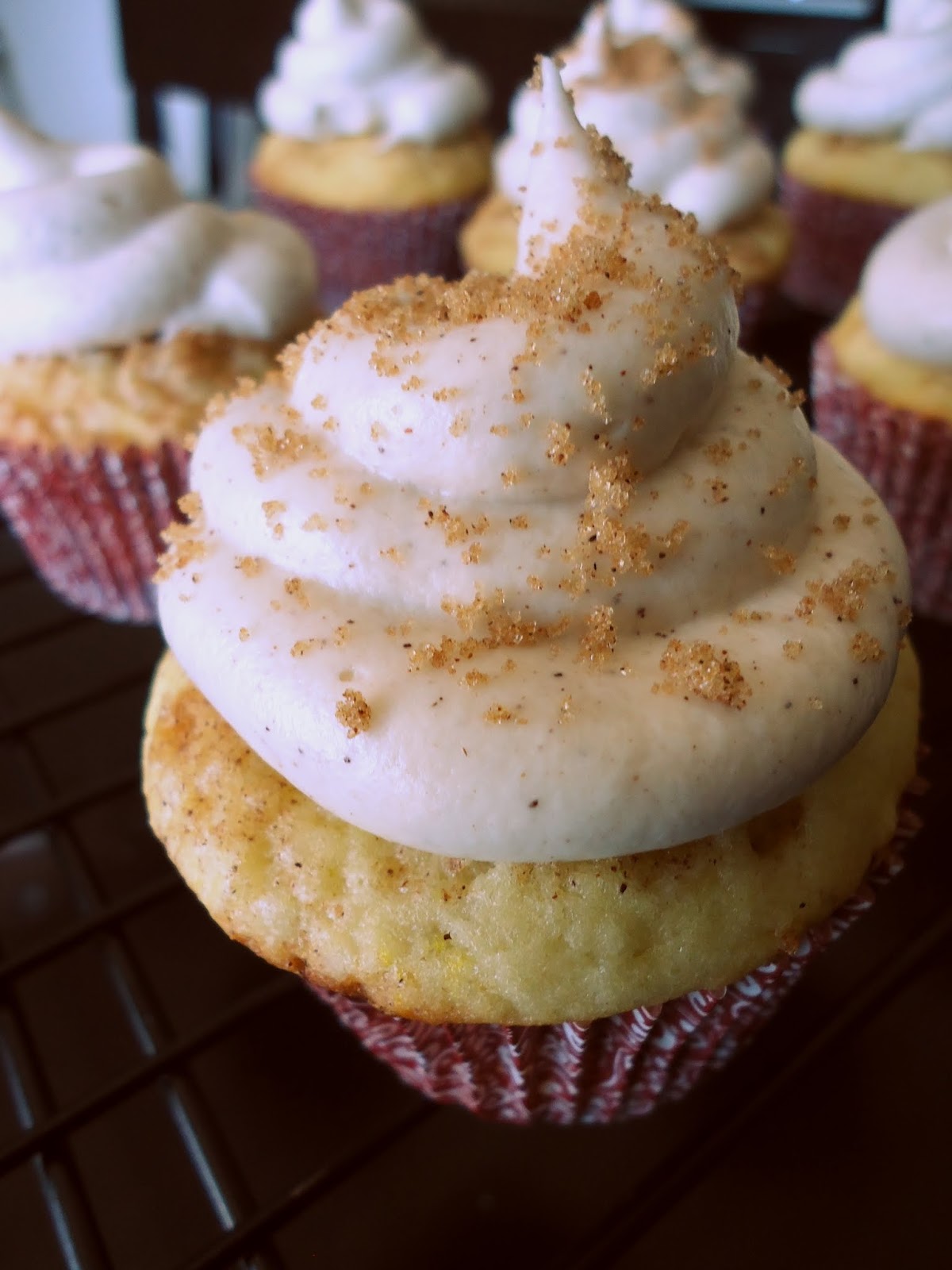 I received a cupcake cookbook for Christmas, and haven't really had much time to use it! So I decided to go through it today and see what tasty treats I could find. Everything looked delicious, but these seemed perfect for a cold day like today. 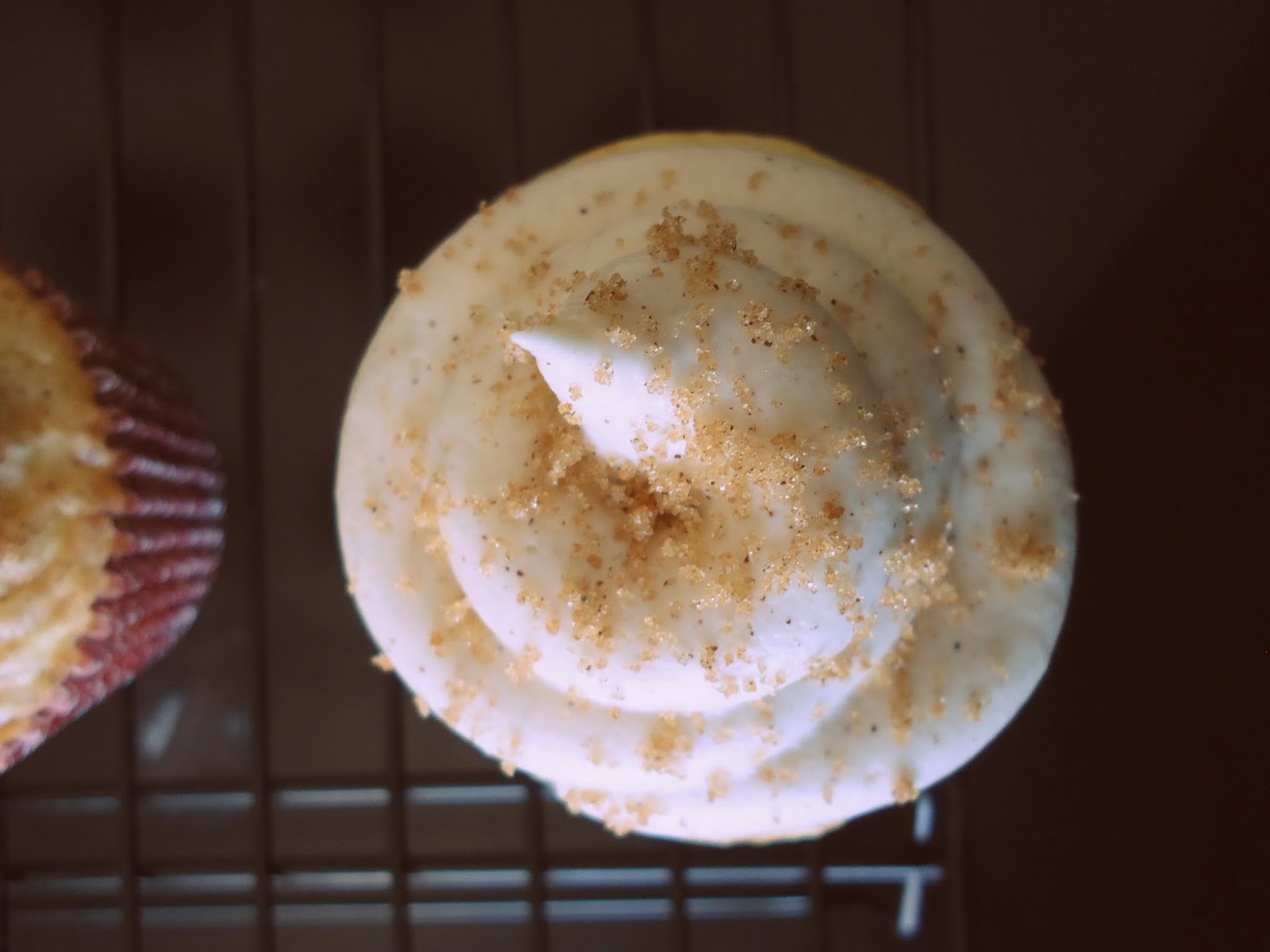 Is there anything better than the smell of butter, sugar, and cinnamon baking together? I mean, really. It's about the most welcoming, comforting fragrance around! Though the recipe called for a butter frosting, you guys know that for me, cream cheese frosting is the only way to go. Ever. EVER. 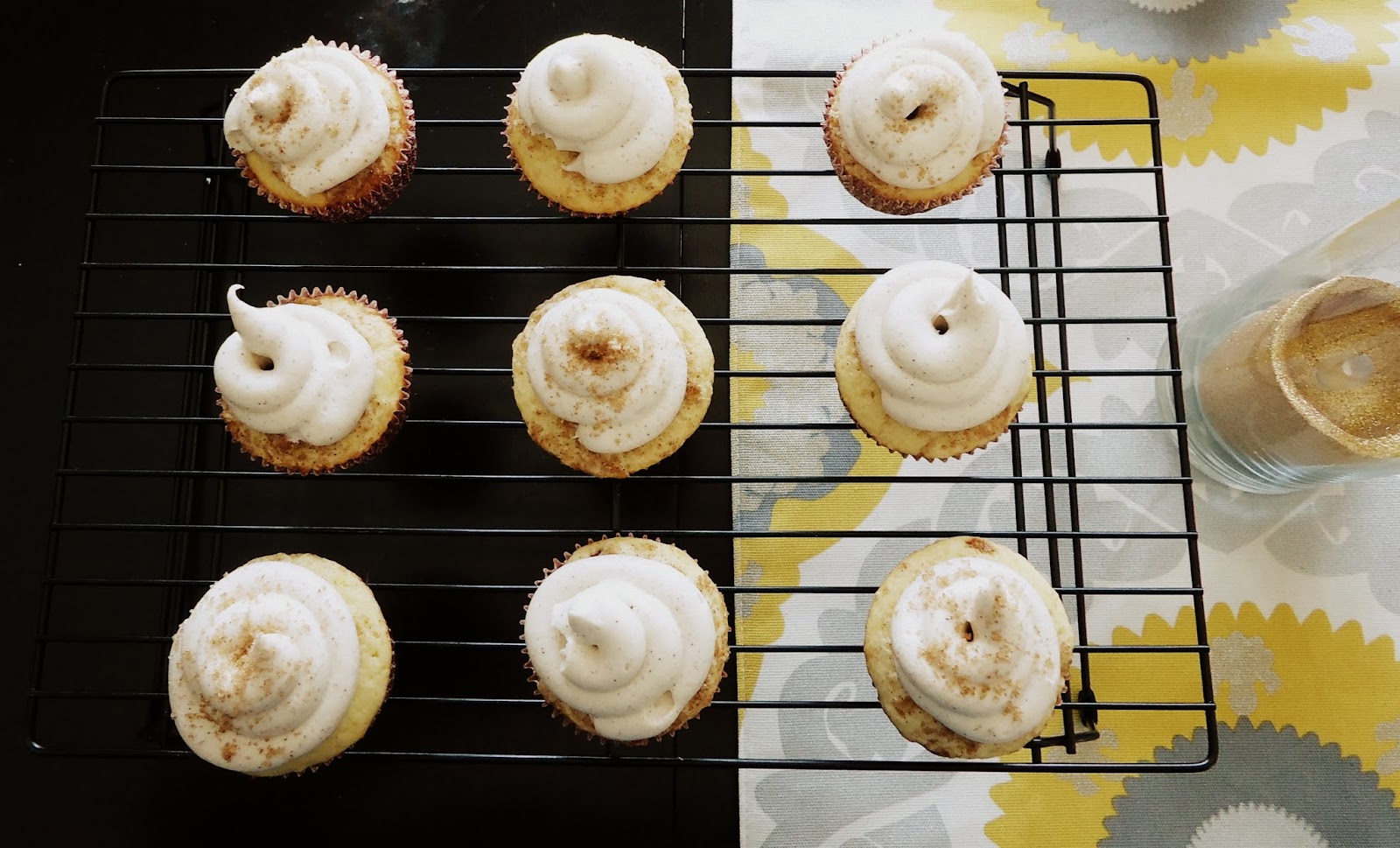 Plus, who eats a cinnamon roll without cream cheese frosting? That just seems like a waste. Anyway, this is a delightful recipe to make from scratch, and as it uses very simple pantry staples, chances are high that you currently own everything you'll need to make these cupcakes! So what are you waiting for? Recipe adapted from Better Homes and Gardens Cinnamon Roll Cupcakes. 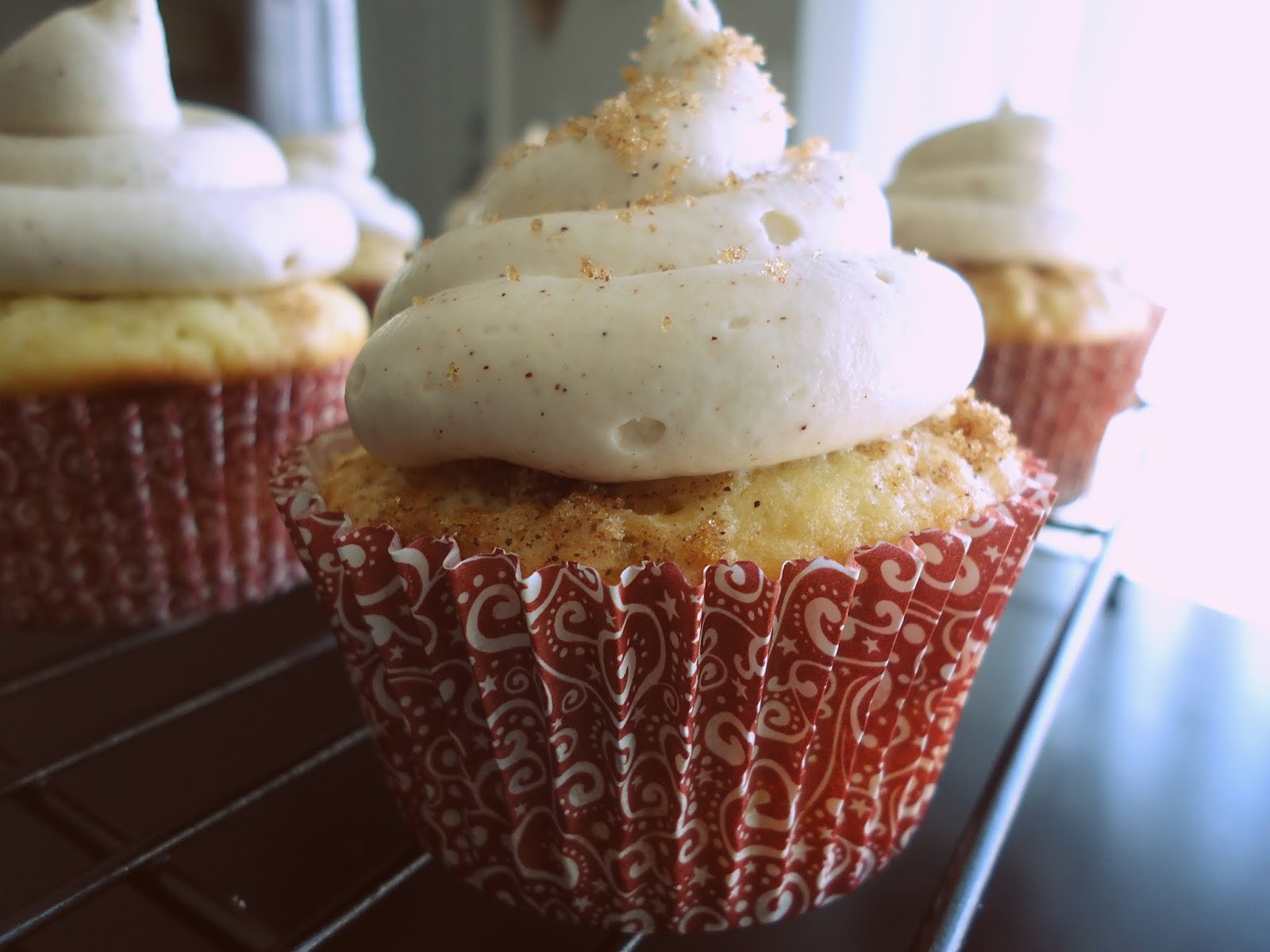 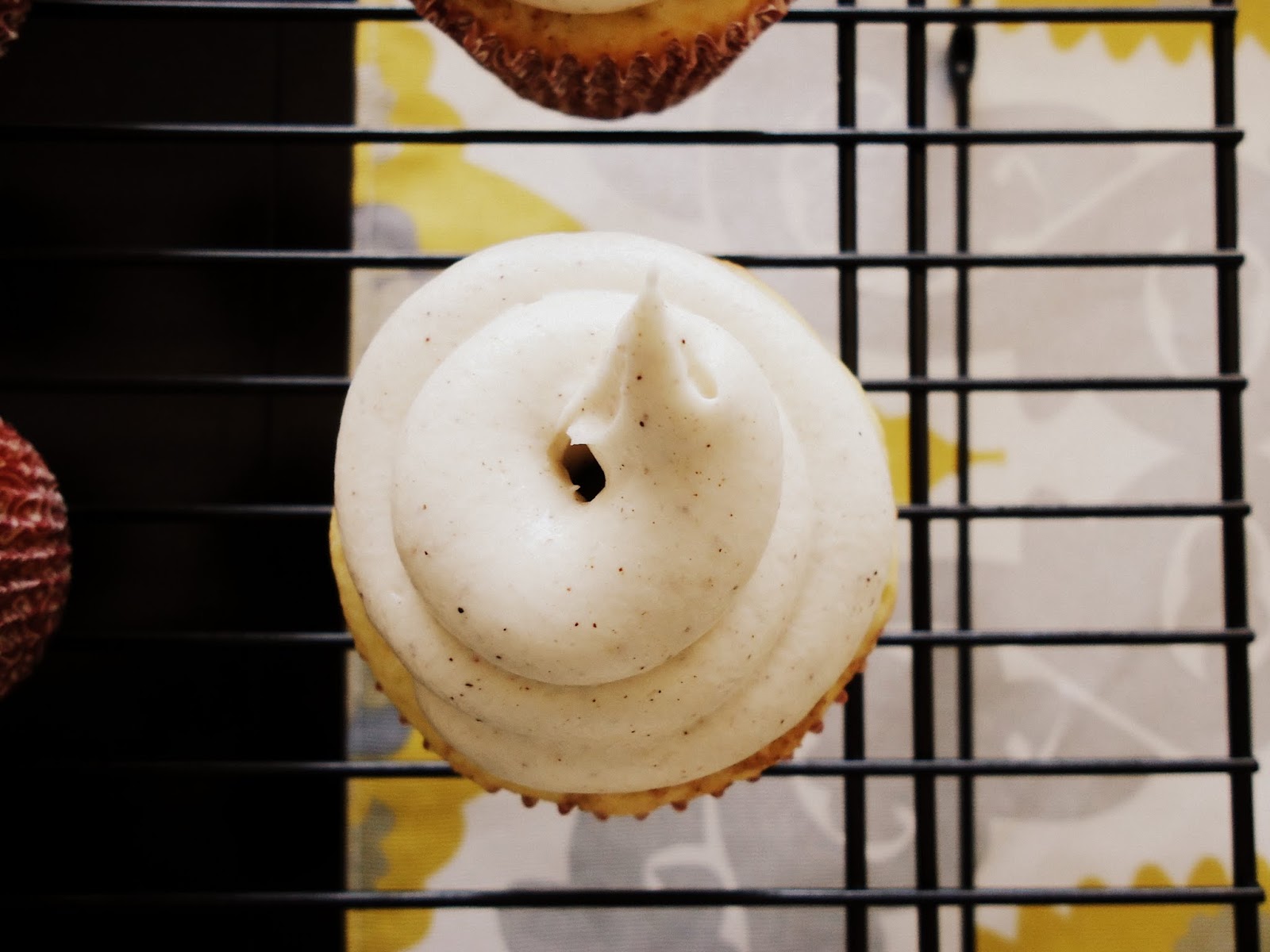 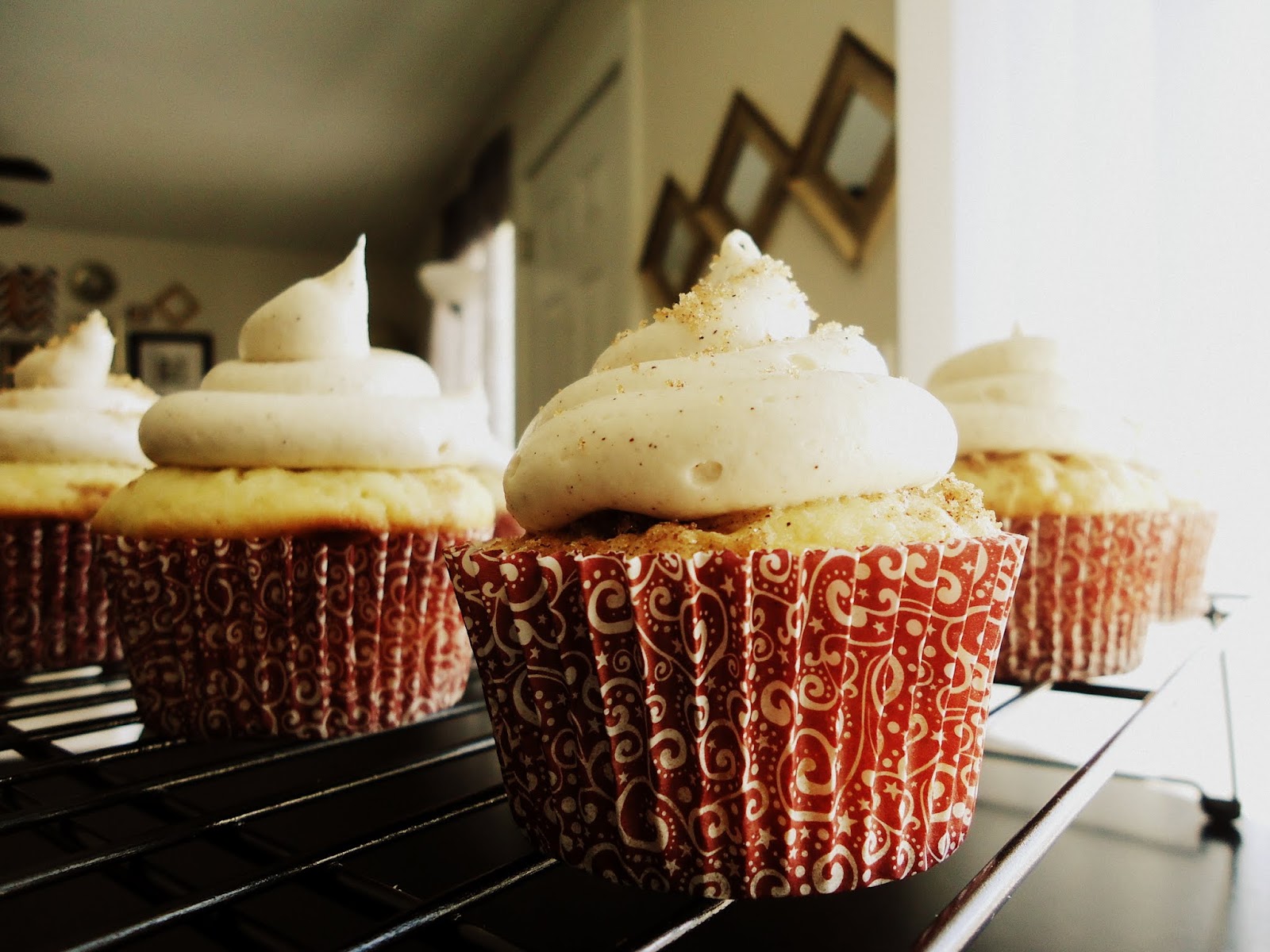 Allow butter and eggs to stand at room temperature for 30 minutes. Meanwhile, line 24 muffin cups with cupcake liners. In a medium bowl, combine flour, baking powder, and salt. In a small bowl, stir brown sugar and cinnamon; set aside.


Preheat oven to 350. In a large mixing bowl beat butter with an electric mixer on medium to high speed for 30 seconds. Gradually add granulated sugar, about 1/4 cup at a time, beating on medium speed until combined, scraping sides of bowl occasionally. Beat on medium speed for 2 minutes more or until light and fluffy. Add eggs, one at a time, beating well after each addition. Beat in vanilla. Alternately add flour mixture and milk to butter mixture, beating on low speed after each addition just until combined (batter may look curdled). 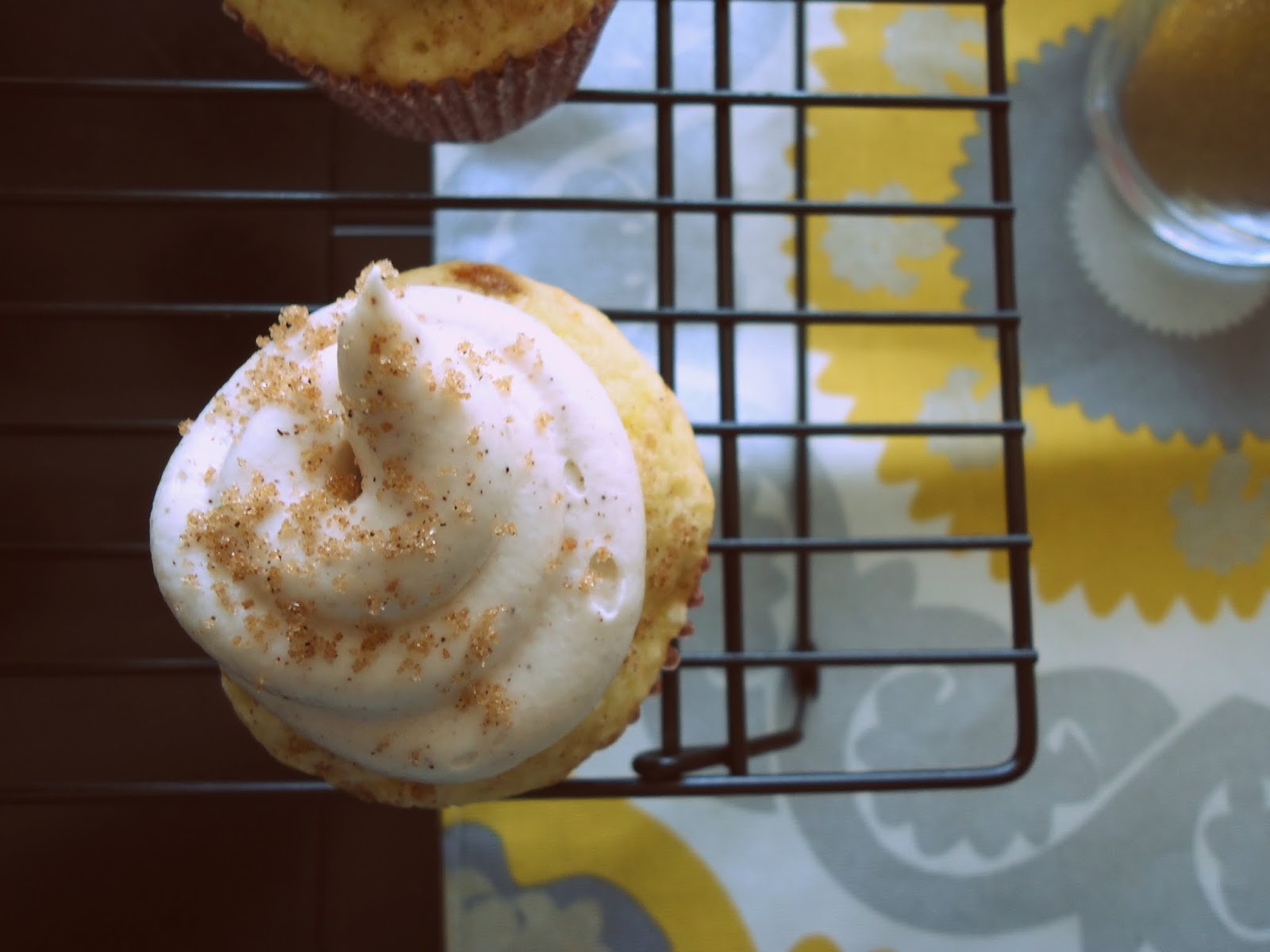 Bake for 18 to 20 minutes or until a toothpick inserted in centers comes out clean. Cool cupcakes in muffin cups on wire racks for 10 minutes; cool completely on wire racks before frosting.

To prepare frosting: beat softened butter and cream cheese together until smooth. Add vanilla, cinnamon, and a dash of salt. Gradually add powdered sugar and beat until smooth; pipe onto cooled cupcakes and garnish with cinnamon sugar. 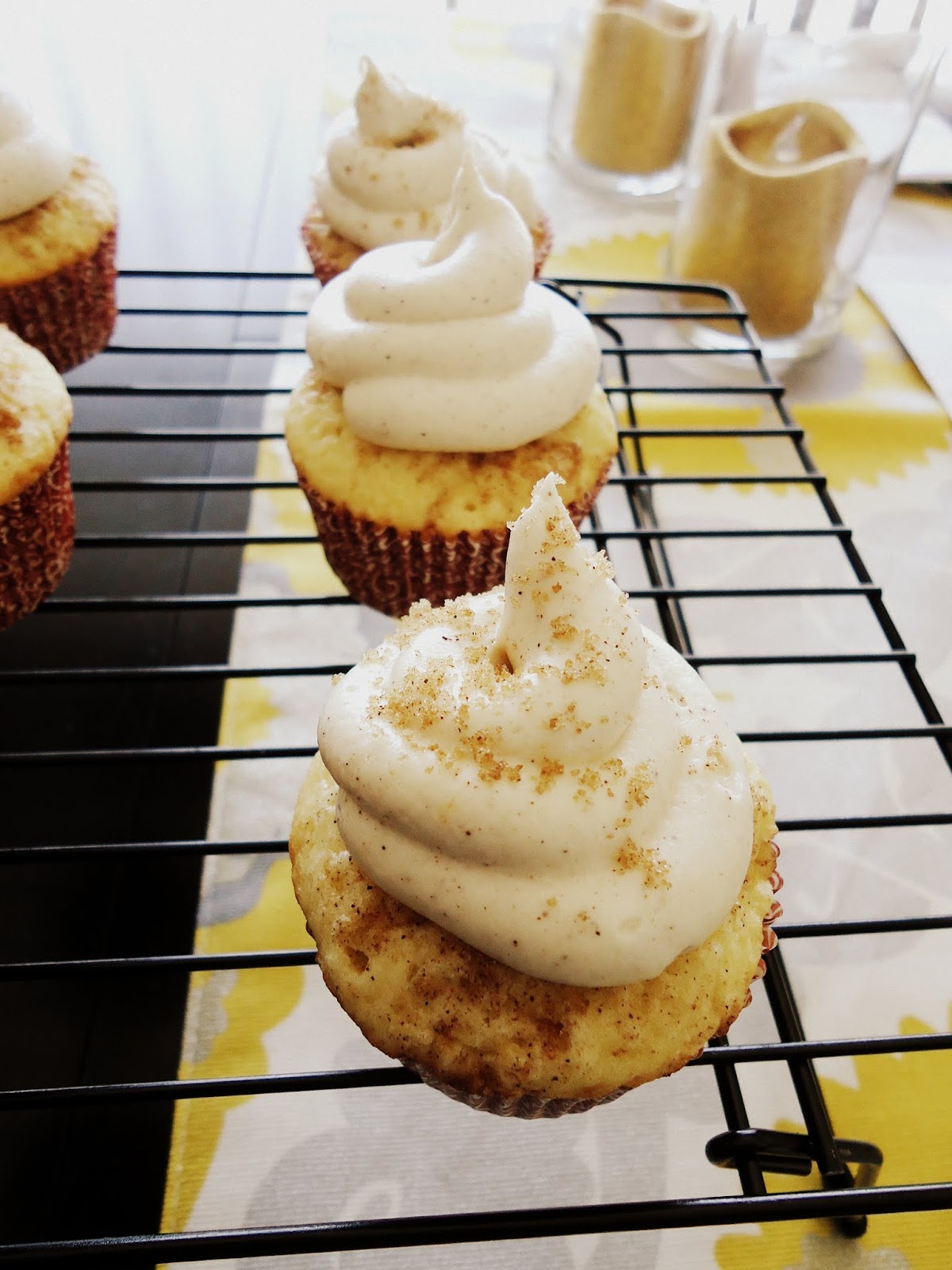